The Czech Republic is a notably open and free market economy. In general, foreign individuals and legal entities do not encounter any restrictions regarding their undertakings in the country, and they are treated on par with Czech citizens. The Czech legislature has to a large extent adopted the tenets of European Union law, including standard commercial law principles on economic and consumer protection, mergers and acquisitions, intellectual property and energy.

Czech commercial and private civil law is based upon continental civil law principles.  As distinct from common law, continental law has its main sources in the written and binding statutes, orders, bills and directives of competent legislative bodies.

The Czech Republic is a member of the Multilateral Investment Guarantee Agency (MIGA), which is part of the World Bank - International Monetary Fund group. MIGA is an international organization for the protection of investments. The Czech Republic has signed many bilateral and multilateral treaties which protect foreign investments; these include treaties with Germany, Belgium, Luxembourg, Switzerland, Italy, the United States, the United Kingdom, China and many other countries. The treaties state that a non-discriminatory framework must be applied, and that each party shall permit and treat the investments and associated activities of the citizens/residents of the other party on this basis. The treaties are always available in the Czech language and the language(s) of the counterparty or counterparties.

The Czech Republic has entered into many taxation treaties to prevent double taxation in both the Czech jurisdiction and the jurisdictions of the other contracting countries. It has concluded these treaties with all other European Union countries, and with additional countries, including the United States, the United Kingdom, the United Arab Emirates, Switzerland, Canada and Australia. Double taxation treaties cover taxes on dividends, interest and royalties. The exact method for preventing double taxation is stated in the individual treaty between the Czech Republic and the other country.

The Czech koruna (CZK) is the Czech Republic´s official currency. The exchange rate is subject to a managed floating system with no predetermined course; it is calculated according to supply and demand on the foreign exchange market. The Czech National Bank (CNB) has the right to intervene in the exchange market to control volatile swings in the exchange rate. Commercial banks can set their own exchange rate without restriction. Exchange controls and regulations are administered by the CNB. Almost all of these controls have been removed, however.

Non-residents, including individuals and branches of foreign companies, may repatriate CZK in a foreign currency or transfer funds from their CZK account to a destination abroad without restrictions. This includes the repatriation of profits.

Some transactions must be reported subsequently to the CNB for balance-of-payments statistics.

Removal of profits and investment

No express limitations exist regarding the distribution and expatriation of profits by Czech subsidiaries to their parent foreign companies; limited liability and joint stock companies must only meet their obligations to generate mandatory reserve funds and pay withholding taxes. In practice, foreign investors in the Czech Republic are allowed to freely transfer profits and capital throughout the EU and to third countries. Certain limitations apply to transfers in accordance with Czech and EC rules surrounding taxation, prudential supervision, public policy considerations, money laundering, and financial sanctions agreed under the EU Common Foreign and Security Policy.

If the prior approval is not obtained (if required), the transaction cannot be carried out and the transaction will be invalid. Certain administrative fines up to the amount of 2% of the turnover of the foreign investor may by imposed.

The Czech Republic is a party to the Convention on the Recognition and Enforcement of Foreign Arbitral Awards (the "New York" Convention) of 1958. Local courts apply this treaty in enforcing foreign arbitral awards. 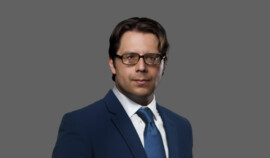